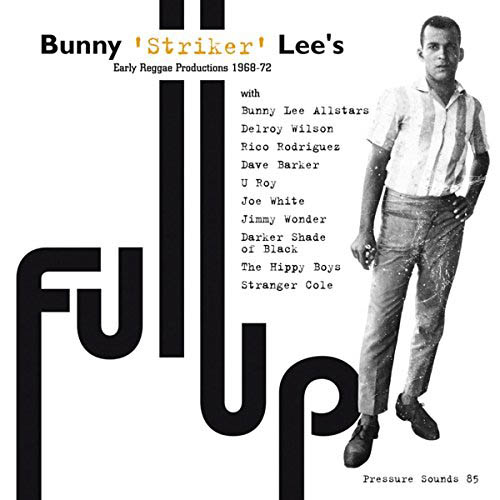 A post rocksteady jamboree of Striker Lee's early reggae productions. Includes some pulsating instrumentals, soulful vocals and twisting dj verbosity. 21 tracks many from original master tapes, laced with evocative photographs that have been supplied by Bunny and his family and some excellent notes on the ‘Bunny Lee’ modus operandi by Diggory Kenrick. A single CD and double Vinyl Lp. Enjoy! 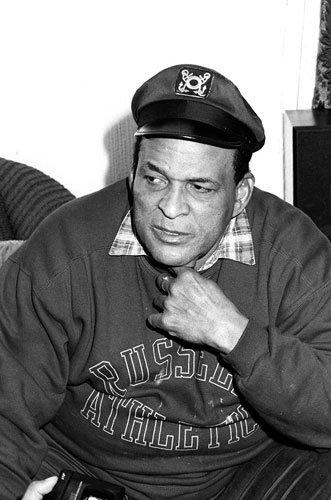 Bunny “Striker” Lee is a pivotal figure in the history of Jamaican music. In fact he’s the most successful reggae producer of the seventies, despite competition from more celebrated names such as Lee “Scratch” Perry or Coxsone Dodd.

The legendary producer, wearing his trademark yachting cap, was in London recently promoting a series of reissues for Jamaican Recordings, who’ve already released albums Striker produced with the Revolutionaries, Aggravators, King Tubby, Augustus Pablo, Sly & Robbie, Horace Andy and Barry Brown. Their latest titles, DJ Dub Cuts and Sound-System Rockers, have just entered the shops and both include previously unreleased material from the man voted Best Producer Of The Year no less than eight times in his native Jamaica.

The story of Edward O’Sullivan Lee begins in Greenwich Town, West Kingston where he was born on August 23rd 1941. He was plump as a child, hence the nickname “Bunny,” and originally trained as an electrician, although he was working at a garage in 1962 when Derrick Morgan – then one of Jamaica’s biggest stars – first introduced him to Duke Reid, whose Treasure Isle label would soon become home to many of rocksteady’s best-loved hits. Recognising Bunny’s keen musical ear, Reid hired him as a record-plugger and he was soon helping Derrick Morgan and Prince Buster organise sessions at for Reid – this in addition to sourcing hits for the JBC radio programme Teenage Dance Party. Producers like Reid were recording mainly ska then, as Jamaica began forging its own distinctive sound from a distillation of US r&b, mento and Latin beats in the wake of Independence.

In 1967, Reid gave him some studio time, whereupon Bunny produced Listen To The Music by Lloyd Jackson & The Groovers. It was his first production, but since he didn’t have his own label yet, Ken Lack released it on Caltone. Roy Shirley’s Music Field, released by WIRL but produced by Bunny, was his first hit. Later that same year he started his own label, Lee’s, and went on to produce a string of hits that define the late rocksteady and early reggae era. The Uniques’ Let Me Go Girl, which Bunny licensed to Island, opened the gates for the classic My Conversation and Love And Devotion, as well as hits by the Sensations, Ken Parker, Slim Smith (The Beatitude) and Pat Kelly – not forgetting instrumentals by Lester Sterling, Vin Gordon and Val Bennett. Stranger Cole’s Bangarang, widely regarded as the first ever reggae tune, is another important Bunny Lee production from this period, as is Max Romeo’s Wet Dream, which spent the summer of 1969 riding high on the British national charts, and stirring up controversy because of its slack lyrics.

By this time Bunny was licensing material to both Trojan and Pama Records, who gave him his own subsidiary label, Unity. He promptly struck big with Slim Smith’s Everybody Needs Love, and in a move designed to offset studio costs, pioneered “version” by re-using the same backing track for different cuts, including dub mixes. The sound-systems would then play these on pre-release at dances all over town. It was crowd reaction that determined whether a song was going to be a hit or not, and Bunny knew people loved hearing new versions of their favourite songs and rhythms.

A lot of his rhythms from this era centred around the drum and bass axis of the Barrett brothers, who also recorded as Lee Perry’s Upsetters, and then Bob Marley’s Wailers. In 1970 they played on Pat Kelly’s crossover smash How Long, plus other Bunny Lee hits such as Delroy Wilson’s Better Must Come and Cool Operator. The beat had now slowed to what Lee called “the John Crow Skank,” and dancehall crowds loved it. John Holt’s Stick By Me spent a record-breaking number of weeks on the JA charts, whilst Eric Donaldson won the Jamaican Song Festival in 1971 with Cherry Oh Baby; this on a rhythm Bunny would soon unleash to great effect behind Dennis Alcapone.

By now, the gregarious producer had assembled an unrivalled stable of talent – one that included singers, deejays and instrumentalists, and was home to many of Jamaica’s biggest stars. In luring the likes of Slim Smith, John Holt, Delroy Wilson, Ken Boothe, Horace Andy and Cornell Campbell – just to name a few – away from Studio One, Bunny Lee did more than most to break up Coxsone and Duke Reid’s dominance of the island’s music industry – this in addition to unearthing gifted young artists of his own. Unlike many of his competitors, he didn’t have his own studio or sound-system at the time, but no one could match him for enthusiasm, or the wealth of ideas he’d bring to the studio in the search for more hits.

Such creativity has made him well loved among Jamaica’s music fraternity, despite his lack of formal training. Renowned for his generosity of spirit, he’d readily share contacts, knowledge and even rhythms or sessions with others searching for that all-important break – Bob Marley included. Niney The Observer, Lee Perry, Tappa Zukie and Joe Gibbs are among those who got their start in the business because of Bunny Lee. He was the first to record star Jamaican bands such as the Wailers, Sly & Robbie and Soul Syndicate, and he was also among the first to give musicians credits on his album jackets. An early pioneer of dub, he released the first ever King Tubby album in 1974, called Dub From The Roots. That same year Rupie Edwards issued reggae’s first “version” album, featuring cuts of Bunny Lee’s My Conversation rhythm. Pause if you will, to contemplate the effects of dub and remixes on the world of popular music, but nor did Bunny’s innovations stop there. He introduced the “flyers” sound on Johnny Clarke’s two breakthrough hits, None Shall Escape The Judgment and Move Out Of Babylon, and then dominated the rest of the seventies whilst accumulating a record number of hits – a feat that led to him being named “Striker.” Lee was now so prolific; he used several different labels for his releases, including Jackpot, Lickpot and Justice. The sound gave him away though, since there was no other reggae music like it.

Cornell Campbell’s Gorgon and Dance In A Greenwich Farm ruled the dancehalls throughout 1975. That same year Bunny promoted a musical feud between I. Roy and Prince Jazzbo that was the talk of Jamaica. His band was now called the Aggravators, and Robbie Shakespeare had taken over on bass. By 1976, flying cymbals had given way to what’s now loosely termed rockers or even steppers. After Virgin launched their Frontline label in 1978, Bunny gave them two excellent albums by Johnny Clarke, Rockers Time Now and Authorised Versions, although this relationship wasn’t to last. The truth is, Striker was so prolific no one label could cope with the sheer volume of his releases, which now rode majestic, heavyweight rhythms in the rockers style, graced by symphonic dub mixes. We’re talking about songs like Horace Andy’s Money Money and Zion Gate, Johnny Clarke’s Every Knee Shall Bow, Linval Thompson Cool Down Your Temper or Barry Brown’s Politician… It’s a hell of a selection, and they’re all classics. Twenty-five years later and these and other Bunny Lee productions still prove popular with record buyers, and regularly get played at revival sessions the world over.

By the early eighties he was spending more and more time outside of Jamaica, licensing his music to labels in America, Canada and Europe, including Clocktower Records in New York and Count Shelly’s Third World in London. A new breed of producers had emerged, who financed their operations with money earned in the lucrative drug trade. Bunny decided to take a back seat at this point, just as the modern dancehall era got underway, since he found it impossible to compete with them financially. Apart from remaining active in the revival market, he’s remained on the periphery of Jamaican music ever since, despite being the first producer to release an album with Beenie Man, recorded when he was just ten years old. Bunny was also quick to recognise the talents of Tony Rebel, Garnett Silk and Buju Banton, long before they made their reputations elsewhere. A version album of Gussie Clarke’s Rumours rhythm called More Ideas was a hit in 1988, since when he’s slowed down the pace considerably. These days you’ll often find him playing genial host at his Striker Lee studio in Duhaney Park (once owned by Joe Gibbs), where you’ll find him surrounded by hundreds of master tapes, and waxing lyrical on the days when he and other pioneers were laying the foundations of a music that subsequently turned into a multi-million dollar industry.

Blood & Fire [with essential compilations on Cornell Campbell, Johnny Clarke, Jah Stitch, Linval Thompson and Jackie Mittoo, as well as several dub albums], Black Arrow [whose Jackie Mittoo album, Drum Song, duplicates much of the material on Blood & Fire’s Champion In The Arena set], Music Club International, Jet Star and Jamaican Recordings have all licensed material from him in recent years, as have other labels from around the world. They’d be among the first to endorse the gifts of Bunny “Striker” Lee, whose contributions to reggae are not only incalculable, but continue to thrill new listeners at a rate few genuine music fans would find surprising.