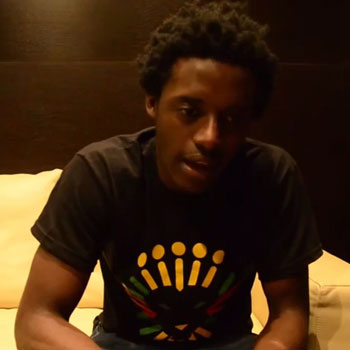 In 2007, Romain Virgo made history as the youngest contestant ever to win Digicel Rising Stars, Jamaica’s talent competition, at the age of 17. Virgo was sensational throughout the 2007 competition and outshone his opponents with singing skills that seemed to stretch beyond the talent of a 17 year old.

Now two years later, his career definitely seems to be on the rise. His single Can’t Sleep is still climbing up the Jamaican charts and already gained him attention outside Jamaica as well. Love Doctor on the Automatic riddim is already getting loads of airplay as well as his single Wanna Go Home. Romain Virgo manages to build his musical career while still doing a five-year bachelor’s degree in performance at the Edna Manley College of the Visual and Performing Arts in Kingston, studying for a major in voice and minor in keyboard.

This education assures that Romain’s performance will be different from others. It already earned him a performance at Tony Rebel’s prestigious Rebel Salute 2009 show earlier this month and performances at the well known dancehall parties in Kingston such at Passa Passa in Tivoli gardens and Weddy Weddy at Stone Love’s Headquarters in Kingston.

With hard work, Romain is taking it one step at a time and will be out there and let the people know what he has to offer. Romain has been working with Donovan Germain of Penthouse Music and Dawin Brown of Vikings Sounds.

In 2013, Shane Brown of Juke Boxx Productions was invited to join Davin Brown as co-manager and a relationship which started many years before was solidified with this development.