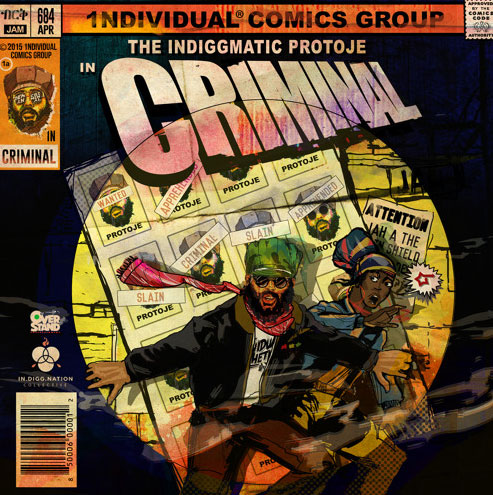 Jah a the main shield
The eye dem stay peeled
The music stay real fi pickney pon the play field
Baby in the stomach, mummy now the pain real
Headphone pon her belly watch him stay still
See The son a shine see how the reign feel
Jah beg u keep him dry i beg i pray fi him
Fi the man den weh a chop it up a grange hill
To the man dem weh a cut it in a cane field
Dem lock up Leonard Howell fi sell Selassie face
Dat couldn't stop the message this a Selassie place
A that you hear we reppin ask about what happen
Pon September 11, 1987
Then them kill we bretheren- Tosh and Free I
So Rasta Reggae Radio could never see the light
Gwaan No believe in I, say i a Levi
Trod with the Simeon So act like u nuh see me.

The Son arise before the sun arise
some despise it a so me summarise it
See some a eyes it wah sit weh I sit
Create a crisis but jah come give me ises
uh huh…. Them send them dogs to the synagogues
but the lions align against the giunea-gogues
Mr. Inquisitor caa go see it pause
Home of Marcus, His Majesty did visit yaad
Me envision them timing a go critical
dem select the pawn fi lef’ it sticky poon we
Walter did warn we, Boukman did born deh
and go Haiti and revolution start, yeah
The same man dem in a Jacket and tie
A dem a pack the supply and attract you to buy
But that is a lie just fi try stack it up high
Well I never oblige I attack and survive