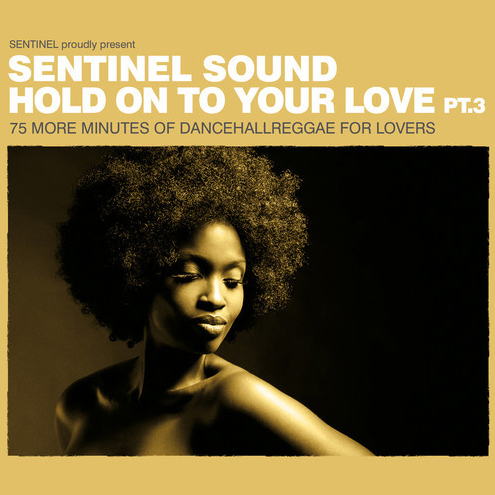 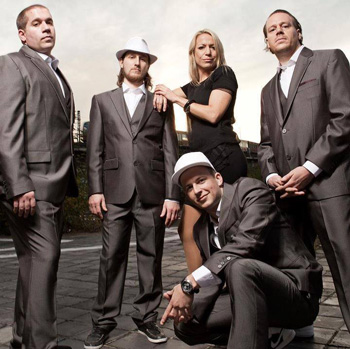 FROM STUTTGART TO THE WORLD
The story of SENTINEL is a story of individuals sharing ultimate love and passion for Jamaican reggae and dance-hall music. SENTINEL delivers one-of-a-kind musical excitement and professional entertainment as a reggae sound-system. Founded in 1998 in Stuttgart, Germany, SENTINEL has gained precious qualities in entertaining people and became a full-fledged international soundsystem. ACHIEVING SUSTAINED SUCCESS OVER THE YEARS. Today SENTINEL is booked all over Europe, the USA, Canada, Japan or the Carribbean. But the road to success was a rocky one and only strong idealism and continuous hard work have put the sound to where it is now. The SENTINEL soundsystem, which is also called „The German Luger“ or „The Everlasting Sound“, made its first impact
on the international dancehall scene on September 9, 2003: SENTINEL managed to defeat the triple worldclash winner Blackkat as well as the widely respected foundation sound Downbeat the Ruler from New York City and then went second place after the legendary Killamanjaro Sound (JAM), in the first edition of the RIDDIM Clash in Munich,Germany. Only two weeks later, Sentinel was the first European Sound to clash in the motherland of Reggae music:
.Elmar and the Crew won against the locals Turbo Force Sound in the inner city of the Island‘s capital in front of an all Jamaican audience. Again, one year later SENTINEL had the opportunity to prove their musical deathliness in their home area once again: In a fiery one-to-one soundclash on November 11th, 2004 SENTINEL defeated the popular Soundquake Sound. Thus they gained their status as the number one clashing soundsystem in Germany!
The next year, SENTINEL was invited to compete in the New York World Clash, supposedly the most prestigious soundwar event on earth on October 8, 2005 in Brooklyn. Since SENTINEL only had one month time to prepare dubplate specials for this clash facing off against well known and more experienced opponents like Mighty Crown (JAP), Bass Odyssey (JA) or again Blackkat (JA), their chances to win seemed quite slim before the clash.
But against all odds, SENTINEL took the biggest and greatest title in the soundsystem business in a thrilling 4-hour soundwar and defeated Blackkat in the „Tune Fi Tune“-Finals. Once again, it was history in the making, because SENTINEL is to be the first worldchampion sound coming from the European continent ever! SENTINEL now is a global player in the clash-business, a status achieved through performances on the world‘s biggest events like
the Uk Cup Clash in London in 2006 and 2008, the New York World Clash 2006, 2007 as well as RIDDIM Clash 2007 against Black Scorpio and David Rodigan. In May 2008 SENTINEL won against Italy‘s foundation Sound One Love High Powa in the War Territory Clash pt. 2 in Milan. In October 08 and 09, SENTINEL again went to the hills of Jamaica to clash against sounds like Ricky Trooper, Killamanjaro, Black Kat, Synemaxx and left a great impression on the crowd. Due to a widespread media coverage SENTINEL ?s name is known all over the Carribean and known to be one of the most-feared soundkillers in the business.
Eastern 2010 Sentinel almost achieved to repeat their ground-breaking success from the year 2005 again in the World Clash in Montego Bay, Jamaica. Only Blackkat ?sMC Panther could prevent the germans from winning the next worldchampion title. However, Sentinel was the only soundsystem from mainland Europe to ever reach the finals of this prestigous soundclash held in the motherland of reggae music VERSATILITY IS THE ORDER OF THE DAY
The name SENTINEL is getting more and more known all over the world and the Luger‘s performance is different from what dancehall knew before. For years now, SENTINEL is playing on all major european Reggae Events like Summerjam in Cologne, Reggaejam, Rototom Sunsplash in Italy, Sudoeste in Portugal or even „Reggae in the desert“held in Israel! A dance with SENTINEL means party guaranteed!
On Summerjam 2008, MC Elmar took a ride on a rubber-boat on the hands of over 5000 people partying in the early hours of sunday morning! On a regular weekend the Sound plays anywhere in Europe, mostly in Germany and Italy. For 11 years now, the last Saturday of a month is the date of the „Kingston Hot“-Party, SENTINEL‘s household Dance in Stuttgart. The biggest Soundsystems in the world have played there and some of the best artists in reggae music touched the mic, so the upcoming sounds that get to play their time are thrilled by the massive.