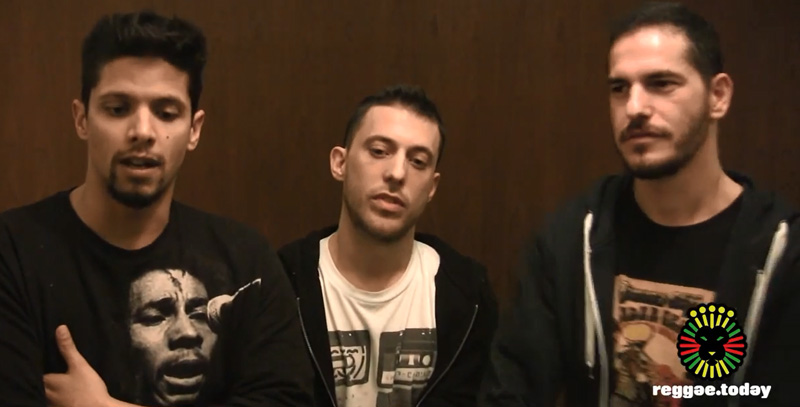 I-SHENCE was founded in 1996 in Perugia (Italy).
In 1999 they started organizing events and cutting dubplates, thank's to I-SHENCE the Perugia massive have seen artists like Sizzla, Buju Banton, Morgan Heritage, Barrington Levy, Bushman, The Wailers, Luciano, The I-Threes, Sugar Minnot, Tristan Palmer, General Degree and many more...and also sounds like: Killamanjaro, Pow Pow, One Love, Soundquake, David Rodigan, LP I'ntl, Supersonic and many others in they're own small town and Perugia started being considered as one of Italy's hottest yards.
From 2001 to 2006 I-SHENCE participated in 4 soundclashes in Italy winning all except against Villa Ada at the X-Mas clash in Padova, one in France(Marseille)losing in tune fi tune... and one in Spain "SPANISH CLASH '06" Bringing home the trophy !!!
In December 2006 I-Shence were invited to perform at the Mass in Brixton, London by David Rodigan where they juggled together longside !!!
In 2007 I-SHENCE continued to tour all over Italy and performed abroad in Spain, Belgium, Germany and for the first time in JAMAICA on Easter Friday at DUTTY FRIDAYS (Fletchers Land, Kingston) before Fire Links, Bounty Killer and Mavado !!!!!
In the same year some members of I-SHENCE moved to Kingston Jamaica for 4 months were they collected dubplates for themselves and provided a Dubplate service for many European sounds which continues and has been successful to this day.
In 2008 I-Shence participated in the "Call the undertaker clash" A home and away clash; 1 in Mannheim (Germany) and 1 in Rome (Italy) It ended in a tie, I-Shence winning in Germany and Citylock winning in Italy!!!
In 2013 I-Shence toured with HALF PINT in Spain, Ibiza & Italy and in 2014 they clashed with Ma Gash from switzerland defeating them in the dub fi dub !
2014 also saw the return of I-Shence in Jamaica where they performed at the Road block in Port Antonio and B&G mondays in downtown Kingston!