New Kingston’s Kingston City has impressively debuted at #1 on the Billboard Reggae chart. Kingston City (released January 27, 2015 on Easy Star Records) is the band’s third studio album and their first release to claim the #1 spot on the Billboard Reggae chart. The album is also their first release on the leading US reggae label Easy Star Records. The family group, which features three brothers (Stephen, Courtney Jr., and Tahir) and their father, create what Top Shelf Reggae calls, “…a genuine body of work that displays an incredible vocal range, candid lyrics and impressive instrumentals. It gives the listener the sort of meaningful connection and escape that every piece of music should provide.”

“With its #1 debut on the reggae chart, Kingston City solidifies New Kingston’s place with the reggae elite. Their hard work, prolific touring, and positive community continue to give the band momentum in 2015,” says Easy Star CEO Eric Smith. He adds, “Furthermore it’s thrilling to see a fast rising New York band who embodies the perfect balance of old and new reggae sensibilities.”

The new record includes 12 songs and guest appearances by members of Tribal Seeds, Hawaiian singer-songwriter Kimie Miner, Sister Carol, The Wailing Souls, and the late, great reggae legend Sugar Minott. The band is currently on tour (which includes select dates with Common Kings and Through the Roots) showcasing songs from the new album and back catalog. Press accolades for Kingston City have been pouring in from a diversity of national and international media outlets. 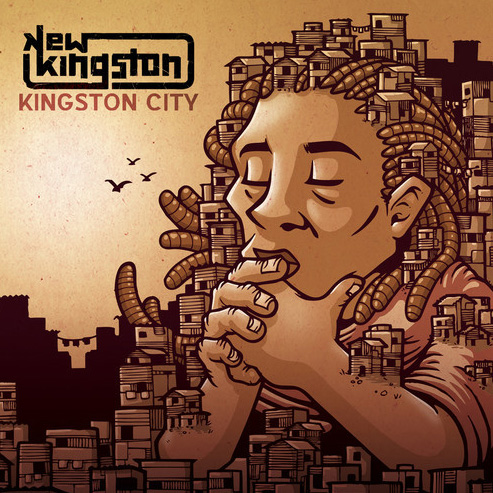 Hailing from Brooklyn, New York via Kingston, Jamaica, 3 brothers led by their father Courtney Panton Sr, who also plays bass on stage with the group call themselves 'New Kingston'. Together they incorporate R&B, Hip-Hop and Jazz with their heritage genre Reggae to form their sound. They have released: two full-length albums, In The Streets (2010) featuring Collie Buddz, & Mr. Vegas and Kingston University (2012) featuring J. Boog

Formed in 2006 in the basement of their Brooklyn home before they took to the outside world, brothers Tahir (keys), Courtney Jr. (drums) & Stephen (guitar) jammed over and over to Bob Marley, Earth Wind & Fire, Dennis Brown, Michael Jackson, The Whispers and many more until it sounded right to Courtney Panton Sr. He wanted their vocabulary of music to be very eclectic before they hit a stage! "If you ask New Kingston if we still know all those songs, the answer is yes lol" says drummer Courtney Jr. "But they were all favorites that we loved and forever listened to"

New Kingston has toured throughout the United States incl. Hawaii, Canada, Europe & The Caribbean. They have shared the stage with artists such as Soja, Matisyahu, Steel Pulse, Dirty Heads, Pepper, Collie Buddz, Ky-Mani Marley, Rebelution, and many more.

New Kingston promotes through their music and their live show Family, Love and Harmony. "One Love" from NK