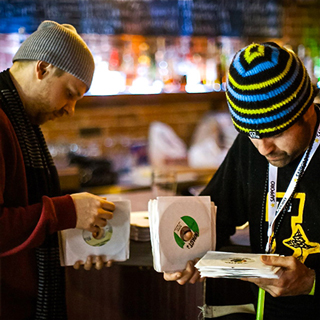 For more than 12 years, the Montréal born and raised duo of Riddim Wise has been making its name by hosting a radio show, as well as performing live and working as a production label. The two partners from Riddim Wise aim to promote the music that they love so much, but most importantly the message it carries, one of unity, social justice and love.

Everything started with their radio show in 2001, airing on CISM 89.3 fm and on the internet, the show is now listened to by fans from all over the world. After a few years of building their skills on the radio, came the desire to bring that energy to the stage. It didn’t took long for the Mc and Dj combination to get invited in events all over the city, opening for renowned international artists as well as performing in popular monthly nights and festivals.

Being musicians since the age of 14, the transition to production was only natural. Thats why in 2012 after participating in many different musical projects, Riddim Wise decided to launch their own project called “The Downtown Riddim“. Their mission was to unify artists from all over the world on one common «Riddim».