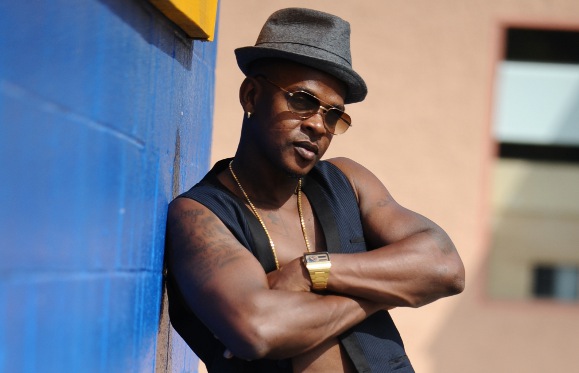 Clifford Smith (born 1974), better known as Mr. Vegas, is a Jamaican dancehall star. Smith was born in Kingston in 1974.The moniker "Mr. Vegas" was given to Smith by his schoolyard football-mates, who thought that he kicked the ball like a Las Vegas dancer. In his early years as a singjay, Vegas sang covers of Jamaican hits at local parties and shows, and acquired a reputation as a troublemaker for his lyrics. During a scuffle over stolen master tapes, Vegas was hit in the face with a crowbar and had his jaw wired shut for six weeks. Vegas claims that, after hearing Beenie Man's hit "Who Am I", he immediately demanded that his still-healing jaw be unwired, changing his speech pattern but allowing him to practice toasting.

He found fame in 1998 with hits such as "Yu Sure", "Jack It Up", and "Latest News". For his first major hit, Vegas versioned the wildly popular "Playground" Riddim (Sean Paul's "Infiltrate" among others) to create "Nike Air", which became a huge hit in Jamaica. The next single, "Heads High", with an anti-oral sex lyric, followed its success in Jamaica with a chart run in the UK and a No. 69 peak on the US R&B chart, and Vegas became increasingly in demand as a guest artist by acts such as Sean Paul.[citation needed]

In 1998 his debut album, Heads High, was released, which hit No. 5 on the US Reggae chart. Vegas won a MOBO for Best Reggae Artist for the Heads High album as well. 2000's single "Hot Gal Today" was a minor hit on the US R&B charts, peaking at No. 66. In 2001, he issued Damn Right, featuring guest appearances from Shaggy and Big Yard; this album went to No. 2 on the US Reggae chart. 2004 saw the release of the Pull Up LP, and the title track scraped the bottom of the Billboard Top 200, peaking at No. 98 (as well as No. 68 on the R&B chart). In 2006 he did a Soca collaboration with Machel Montano, Dance With You on Machel's B.O.D.Y. album. His latest, 2007's Hot It Up, featured the Jamaican hits "Hot Wuk", "Taxi Fare" and "Tek Weh Yuhself". In 2008 Mr. Vegas also recorded "On The Floor" with Trinidadian artiste Destra Garcia on her album, Soca or Die.

In September 2008, Smith announced that he was retiring from the music industry, citing unhappiness with his work and a desire to spend more time with his children and be "closer to God Almighty". Although he had been suffering from ill-health for some time, he denied that this was a factor in his retirement. However, in 2009 and 2010 he made new songs such as "Man A Gallis", "Can't Stop Now" (Major Lazer), "Mix Up Peggy", "Wanna See You Move" (DJ GQ) and "Fi Get Rich".

Recording throughout 2011 & early in 2012 for his newly formed label imprint, MV Music, Mr Vegas released his new album, Sweet Jamaica on 29 May 2012.

To celebrate Jamaica's 50th Anniversary, Mr Vegas took to the studio to produce an all star remix, The Voices of Sweet Jamaica with a cast of reggae greats including Shaggy, U-Roy, Barrington Levy, Marcia Griffiths and more.

Proceeds of the recording went to benefit the children of Mustard Seed Communities in Kingston Jamaica.

In 2012 Mr Vegas received a MOBO 2012 Award nomination in the UK. Sweet Jamaica was named by Google Music as 'Top 50 albums of 2012', endorsed by Complex Magazine in the Top 100 Albums of 2012' and well as on the 'Best of 2012' in the reggae section of iTunes. The album debuted at number 7 on the Billboard Reggae Albums chart.

Vegas received multiple awards at the 32nd IRAWMA celebration on 4 May 2013 when "Sweet Jamaica" was selected for Song of the Year, and "Bruk it Down" for Video of the Year.

His latest album, Euphoria, is set to be released in September 2014.