June 2nd is the official release of reggae/dancehall recording artiste Keida's debut EP Ebb and Flow. The compilation is available on iTunes. The fitting title Ebb and Flow is symbolic of the rhythms of life, a seven track compilation which embodies the essence of growth and change as inevitable outcomes of the ups and downs ... the coming and goings of life. “Ebb and Flow" is an EP for the youths that I interact with daily , both in my family and in yours”. A graduated level of lyrical content is notable throughout the Ep's track compilation introducing the audience to a more conscious side of the artist they may not have seen in her earlier work.

Opening with her Rory Stonelove produced hit "Ganja Tea", Keida invites people to use their “meds” and their in a positive way. Ganja Tea, the classic roots reggae record is followed by "Mad World" the soulful and inspirational piece produced by Royal Order Music. It urges us to take more responsibility for the realities of the world and be more proactive our contributions; highlighting that there are too many people who are displeased with the way the society is running for us not to make a conscious step for a positive change in this mad world. On her U.I.M Records produced single entitled "One Love", Keida helps her listeners to realize the importance of one pure love as the nucleus which will stimulate a positive chain reaction in our consciousness and our interpersonal relations. "One Love" is introduced by the Great Russell Bell, Math genius and youth empowerment advocate whose wise words have helped shape the lives of many. "Russell Bell was the first to call me Keida Rankin, way before music entered my reality. He empowered me by encouraging me to embrace my visual way of thinking and that's something I apply in all areas of my life." The blazing, amped up dancehall track “Hot Ash", also produced by U.I.M, showcases her versatility and highlights a hard edged up-tempo sound. 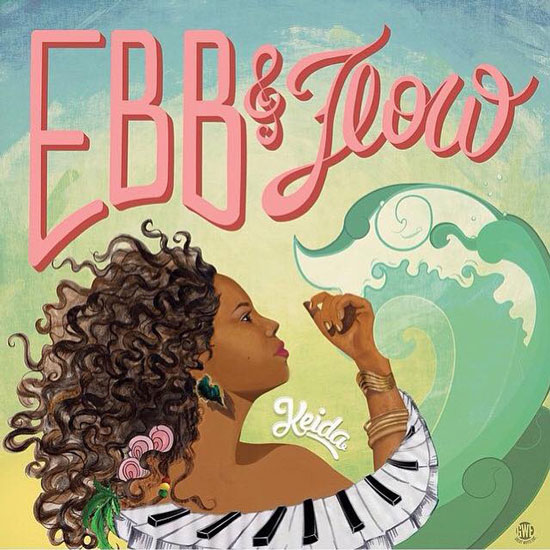 The whimsical Makeida Beckford whose stage name is "Keida," emerged as a budding new talent on the dancehall/reggae scene in 2009. Aptly mistaken for an "uptown girl," Keida is quick to correct the masses with her ongoing show of love for her home town Bull Bay, a small coastal town situated in rural St. Andrew Jamaica. Growing up in a household in which both her parents are visual artists, they instilled a work ethic that charged Keida to follow her dreams and do whatever it is that inspires and drives her creativity. A well- rounded individual - Keida has had extensive experience in painting, surfing, set and graphic design. It is with these talents that she passionately extends herself to the limit.

The call to music came while enrolled in her final year at the Edna Manley School of Visual and Performing Arts in 2009. With no prior musical experience Keida kickstarted her career with the release of her debut single "Jamaican Boy," on the Stalag Riddim. The single, produced by Craig "Leftside" Parks of Keep Left Records, is a light-hearted ode to the men of her beloved island, Jamaica. With over 284,000 YouTube views, the song became an instant radio hit receiving air play locally and abroad.

Humbled by the outstanding reception of the single Keida decided to take her new found passion more seriously, dedicating all her time to a career in music. Following the success of "Jamaican Boy," Keida released records such as "Can't GetEnough" (Birchill Records), "Hot It Up" (KeepLeft Productions), Dancefloor/Care Not" (Jam 2 Productions), "Really Love" (Liv Up Records), and All Again ft herself and Protoje. (Don Corleon). Through the success and consistent quality of her music Keida has been afforded the opportunity to to work with some of the most recognized names in the local music industry.

Her hard work and dedication to her craft paid off when she was nominated for the Excellence in Music and Entertainment Award for Best New (Female) Artist in 2011. That same year the artiste secured awards in The Jamaica Star People's Choice Awards in two categories: Best New Female Artist and Best Singjay. Not only is she winning with industry accolades, but she's also commanding the stage during her performances at shows such as Sumfest (2011), Mystic Moonlight (2011), Spring Break (2010), Brit Jam (2010), RJR Cross Country Tour, RETV School Tour and many more. Once again in 2011 Keida represented Jamaica when she was called on to record the "We are the West Indies" campaign song along with Antiguan (and then reigning Soca Monarch) Tian Winter. The West Indies Cricket Board's campaign which was aimed at revitalizing the younger generation's perception of cricket, allowed Keida to travel and perform her music to the Eastern Caribbean for the first time. The campaign's promotional efforts included travel to Barbados, Trinidad,Dominica and Antigua.

In a male dominated industry, Keida is not intimidated at the challenge of setting herself apart. "I try not to segregate based on gender when it comes to music. Though i don't think it is impossible, as females to be just as good as males at anything, music for me is not a competition, its an opportunity to alter the minds and mood of the masses. however, I do think we as females have to go twice as hard." Keida has her sights set on distinguishing herself as a talented artist and not just another talented "female artist". "My ultimate goal is to maintain a fresh new strain of music and build a foundation that will encourage growth, but at the same time remains relevant for years to come."
After the release of her 2012 mixtape "Wickedest Ting" the artiste settled down to focus on the production of her much anticipated debut album for which a date is yet to be set. The album is said to be reggae oriented and will feature previously released tracks such as Jamaican Boy and Ganja Tea (produced by Rory Stone Love).