Popcaan teamed up recently with Young Vibez Productions and recorded "Mama Pray Fa Me", He ask for his Mama's prayers to protect him from badmind, haters, and negative people. Popcaan is known for previous hits like "Party Shot, Raving, Summertime, and Only Man She Want". 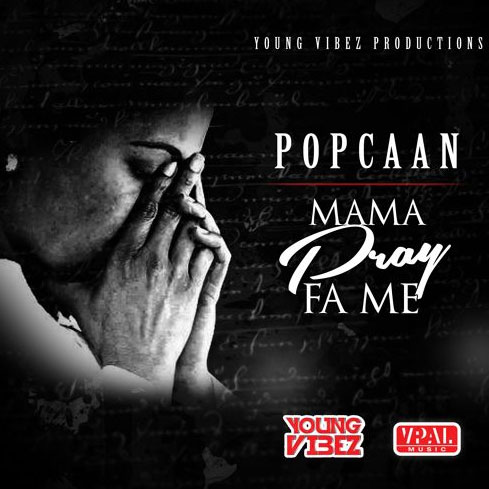 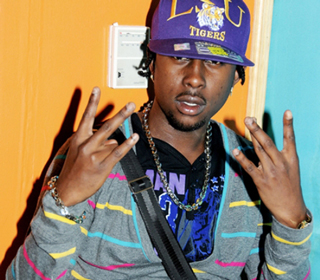 “A man has to know what kind of decision to make in life. So me choose music. But nuff of my friends lose their life living other lives. We just use those things as an example. Can’t make the same mistake as my friends made.”
–Popcaan explains.

In 2007 Popcaan approached Vybz Kartel at a local jam called 'My Scheme' where he recruited the young deejay to his Portmore Empire—becoming both a producer and mentor. Besides showing Poppy the ropes of the music game, Kartel took him on major shows like Sting and Reggae Sumfest.

Popcaan began making music for Adidjaheim Productions with then in-house producer NotNice, the first person to voice him professionally. He got off to a strong start with “Gal Wine” on the Gal Farm riddim, following up with hits including “It Nuh Work So,” “Jah Jah Protect Me,” “Gangsta City,” “Dream,” “Gangsta City Part Second,” and “Hot Grabba.”

Popcaan then recorded "Clarks". Although he played more of a supporting role on “Clarks”—a song whose international success caused a worldwide spike in sales of the British shoe

Since the summer of 2011 Popcaan has released a number of songs such as “Ravin" followed by "Party Shot" on T.J. Records’ Smudge Riddim and "Only Man She Want".

In 2011, Popcaan received the Excellence in Music and Entertainment (EME) Award for 'Best New Artist', and 'Collaboration of the Year' for "Clarks" with Vybz Kartel and Gaza Slim, the song also winning the award for 'Song of the Year — Dancehall'.

At the end January 2012 Popcaan released a new mixtape, Chromatic presents Yiy Change—the follow-up to his classic 2010 mixtape Hot Skull, Fry Yiy, Boil Brainz. In March “Only Man She Want” gave Popcaan his first Billboard entry at #89 on Billboard’s R&B/Hip Hop Charts. The song was later officially remixed by rapper Busta Rhymes. Popcaan was also featured in the newspaper ‘The New York Times' speaking to the growing impact of ‘Only Man She Want’.

At the Youth View Awards, Popcaan stepped away with three awards: ‘Favourite Summer Song’ and ‘Local Chart topping song of the year’ for “Ravin”, and of course, ‘Young, Hot and Hype Male.’

The artist has been doing extensive touring including his first solo European tour, his Canadian tour, as well as the Caribbean and South American region. While in Canada Popcaan made links with Canadian rapper Drake.

Popcaan's debut album, Where We Come From, was released on Mixpak Records on June 10, 2014. The project was executive-produced by Dre Skull. The first single from the album, "Everything Nice", was produced by Dubbel Dutch and released on October 1, 2013. It entered the Billboard Top Reggae Albums chart at number 2.

In June 2014, Popcaan first appeared on the cover of The Fader in its 92nd issue. He featured on Melissa Steel's "Kisses for Breakfast" single, which was a top ten hit in the UK in August 2014.