Produced by Donovan Germain for Penthouse Records and Exco Levi’s newly formed High Priest Records, the music helps the words come to life, especially with songs “Country Man,” “Letter to Jah” and “Natty Haffi Long” which each have a groove that causes listeners to sing along with the chorus.  Of this recording experience Exco says “putting together this album has been the most rewarding experience.  There’s nothing like having an album that fans can play as much as they like.  This is a piece of me that they are playing throughout their day and it feels good.”  Recorded at the Penthouse Studios in Kingston, Jamaica and in Canada at his High Priest Music with the exception of “Storms of Life” which was recorded by Silly Walks Discotheque in Germany, Exco spent four months in Jamaica and more in Canada putting this project together with contribution from Reggae’s finest musicians.  “Sly Dunbar and Robbie Shakespeare, Dean Fraser, Firehouse Crew, London’s Mafia and Fluxy, Dave Kelly, Leroy ‘Horsemouth’ Wallace to name a few have blessed Country man,” says Exco Levi.  Classic background vocals from legends Pam Hall, Mitsi Campbell and Twiggy fill out the body of the music and co-writer / vocalist Romain Virgo complete the sound of Exco’s debut album. Country Man is a significant musical milestone in the musical landscape.  The album is available on compact disc as well as limited edition vinyl. 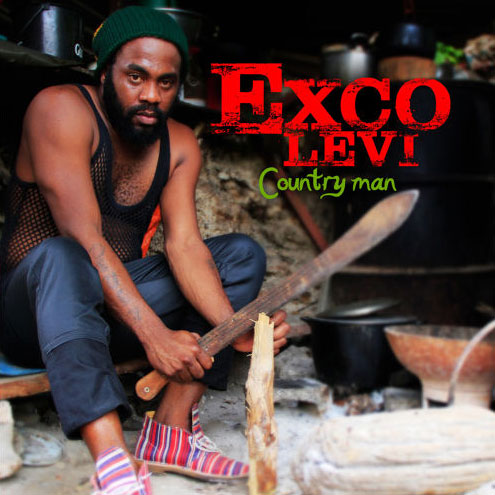 Fans can connect with Exco Levi 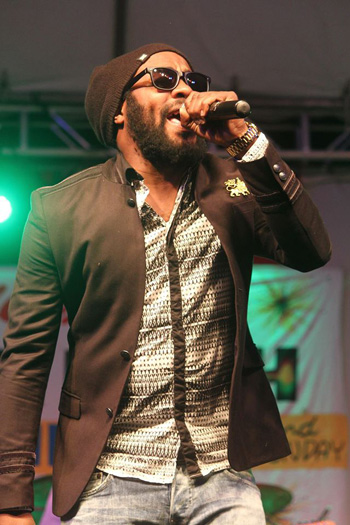 Exco Levi, was born Wayne Ford Levy on June 7, 1981 in Manchester and grew up in Clarendon, Jamaica. Singing is in Wayne’s blood as his father was also an artist and sound system DJ.

Exco’s musical tastes include listening to and appreciating the lyricism and talent of the late Garnet Silk, Bob Marley and Peter Tosh as well as contemporaries like Sizzla Kolonji. Through the work of these artists he has been able to develop his own unique sound which emanates deep respect for the musical icons who paved the way. Wayne’s talents also extend to recording and performing audio engineering tasks in studio. He credits this to his time spent at the Stineam and Triple Platinum Recoding Studios while living in Jamaica.

Exco Levi quickly took hold of the Canadian reggae music scene after emigrating in 2005. His strong writing skills complement his lyrical prowess and delivery. He continues to show his range and musical intellect through songs like the Canadian Anthem, “Oh Canada”, the nostalgic “Sweet Jamaica” and the love ballad “Same ole Words”. His songs have given voice to a nation and helped forge an entirely new style of music and rhythm that is revolutionary, fiery, scathing, loving and stinging.

His songs are just as potent on his lips as they are on his Cds. Exco’s ability to quickly engage and convince his audience makes him very appealing. This has led to him being in high demand for colourful collaborations. He has worked with top Djs and promoters worldwide. This musical “Midas” turns any song he touches to pure gold.

Exco’s management team has been NCF Productions since December 2010. He currently works with Penthouse Records and Jukeboxx Music. He has recently released two blazing hot singles ‘Mr. Hammer” on NCF and the self love anthem “Bleaching shop” on the Penthouse label, which has been topping charts globally. Both songs have been receiving major airplay by local and overseas DJs. He is currently in production for his debut album project with Penthouse Records.

Exco is a determined artist with the technical skills and performance style that is bound to give him more and more recognition. He is on his way to becoming a household name, one synonymous with quality and musical excellence. He is definitely the artist to watch!