Almost two years to the day after releasing the beloved KINGS AND QUEENS - which topped the Billboard Reggae Chart and reconfirmed John Brown’s Body’s status as one of the most influential American reggae bands - JBB returns with KINGS AND QUEENS IN DUB. Taking inspiration from landmark dub albums by Burning Spear, Aswad, and others, the new record features the entire sequence from KINGS AND QUEENS dubbed out by a who’s who of dub champions including Ticklah, Dubmatix, Dubfader (of 10 Ft. Ganja Plant), UK legend Dennis Bovell, Yesking, Michael G (of Easy Star All-Stars), Lord Echo (of The Black Seeds), and more. 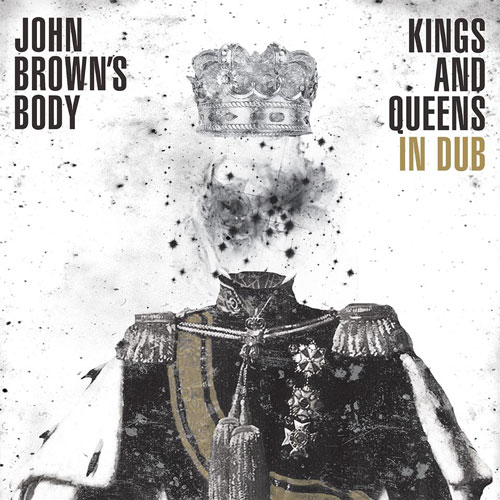 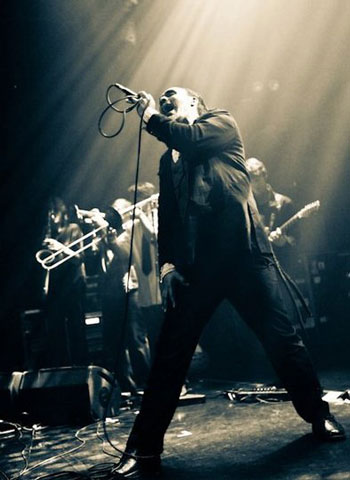 If you’ve been paying attention, you’ll know that Kings And Queens is a synthesis of every aspect of John Brown’s Body’s storied career. It’s as if, after close to two decades of existence, this pioneering band has finally crafted their ultimate statement, tying together styles they’ve dabbled in, paid respect to, created, or pushed forward into one tightly woven mosaic. JBB’s Future Roots is now present tense.

John Brown’s Body formed (in Boston in the mid 1990s) at a time when there wasn’t what you’d call a U.S. reggae scene. The American bands that played reggae were regional at best, touring little, and many were primarily cover bands of the best known Jamaican reggae. JBB was one of a handful of groups that began touring nationally and created distinctly American reggae, steeped in traditional vibes but incorporating elements from other genres. Whereas most groups tackled typical reggae themes – religion and marijuana – JBB acted more like an indie band, writing songs that used the vocabulary of reggae to express their own experiences. Over time, this style has become the norm. The U.S. scene has grown tremendously – to the point of having two bands debut records in the Billboard Top 20 in 2012 – and many in the genre point to John Brown’s Body as a key influence.

However, this is not your typical story of an influential band doing what they did 20 years ago now trying to cash in on the movement they helped foment. Because a funny thing happened along the way for John Brown’s Body – they evolved and grew, taking their music ever forward, and have continued to influence the scene as much today – some might even say more so today – than they did at the start.

The band’s relentless touring schedule helped pave the way for the nationwide scene, showing other bands that it was okay to be from the Northeast and still be comfortable playing in California, Hawaii, Colorado or Iowa. Early on, members of the band formed their own record label to highlight their local scene, which has since become the norm in many pockets of the scene. JBB delved deeply into dub effects from the start, incorporating elements of electronic music well before that became standard for today’s bands. Yet, JBB is somehow still utterly unique within the scene, even after two decades at work, which brings us back to the record at hand.

Musically and lyrically, lead singer/songwriter Elliot Martin has crafted a work that seems both selfreflective and visionary. A song like “Old John Brown” is obviously open to interpretation that Martin is commenting on both the man for whom the band is named after, as well as the legacy of the band itself. Musically, the song evokes riddims Burning Spear used in the 1970s, which has been an undercurrent influence on the group since the beginning, but has rarely surfaced as obviously as it does here since the band’s earliest breakthrough records.

The group’s last full-length record, Amplify (#1 on the Billboard Reggae chart in 2008), was extremely forward-thinking, steeped in electronic effects. Last Fall’s JBB IN DUB EP (#1 on iTunes’ Reggae Chart) stripped things down to the bedrock elements of reggae. Kings And Queens utilizes the best aspects of both these records, while bringing back much more of the classic JBB sound into the mix and production. This is reinforced by working with engineer Matt Saccuccimorano, who worked on some of the band’s earliest successful albums, and the involvement on numerous songs by former guitarist/keyboardist Nate “Silas” Richardson. Bassist Nate Edgar continues to astonish with his nimble and muscular bass lines. The bass and drums have always been at the center of Martin’s songwriting, but in Edgar and founding drummer Tommy Benedetti, he has found his most spectacular partners-in-crime. Martin has crafted his strongest batch of songs ever, coupled with startling horn lines written by the JBB Horns. Saying the JBB Horns are an influential bunch is no small talk, considering past alums have gone on to play for Slightly Stoopid as well as form the eclectically amazing band Rubblebucket.

The most obvious touch point for the band’s sound has always been classic UK reggae, especially the work of Aswad, Steel Pulse and Dennis Bovell, and that unmistakable influence permeates every track, most noticeably in the heavy drum and bass and complicated horn lines. As it was in that scene, JBB’s songs are more focused on sufferation, urban realities and overcoming, with songs like “Plantation,” “Empty Hands,” and “The Battle” sparking protest over haunting minor chords. This is not beach resort reggae. This is reality. However, the record is by no means all gloom and doom! Songs like “Shine Bright” and the love song “Fall On Deep” both add lightness, and even in his darkest metaphors, Martin can find hope and positivity (listen to the chorus of “Plantation” for evidence of that).

Kings And Queens is bookended by three songs (“Step Inside” and “Invitation” at the start and “Searchlight” at the end) that invite listeners into the live arena where this band has excelled from the beginning. Evoking sound systems from the music’s origins in 1960s Jamaica as well as JBB’s own powerful live show, these songs remind all listeners about the strength in numbers found in the reggae community, especially at live shows and festivals, and how John Brown’s Body has long been one of the greatest live acts in the genre.

This record shows that John Brown’s Body continues to lead from the front of the pack. They look forward by looking back and find a way to invite JBB fans from all eras into their packed and sweaty tent. As the opening song says, “So many people / Step inside, step inside / Come one and all / Got to make the dancehall tight.”