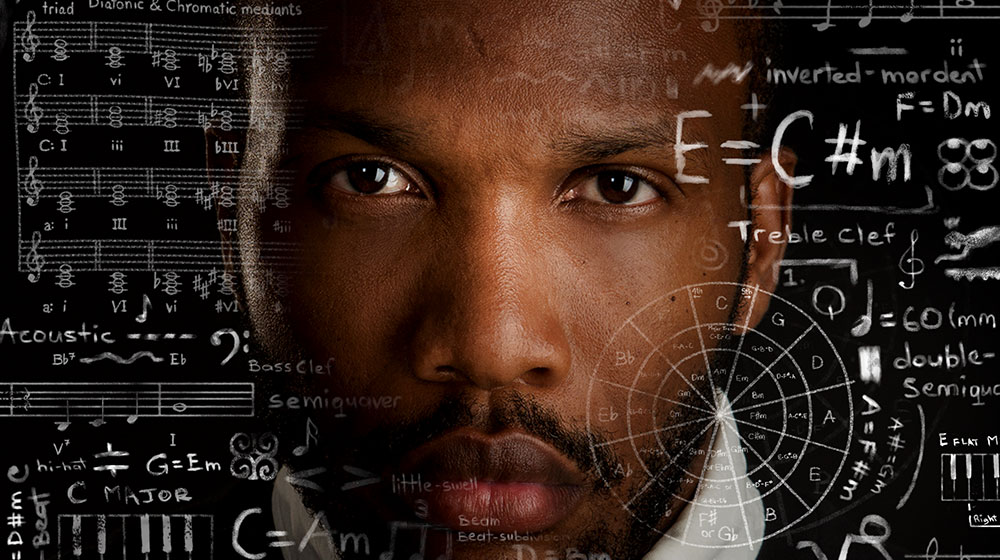 Theory of Reggaetivity is a pivotal album in the discography of Assassin a.k.a. Agent Sasco. For the past 15 years, the Jamaican vocalist has earned credibility through his dense catalogue of dancehall hits (spanning over 300 singles) and more recently for his Hip Hop collaborations (including Kanye West's "I'm In It" and Kendrick Lamar's "The Blacker the Berry"). On his new third studio album, the vocalist goes back to dancehall's foundation and expands his reach to Reggae - delivering his most honest record that parallels his maturation over the past 10 years. In contrast to Assassin's more Dancehall-driven releases -Infiltration (2005) and Gully Sit’n (2007) - The Theory of Reggaetivity's foundation is purely Reggae.

“Theory of Reggaetivity” is my musical study of the principles of Reggae music. What makes Reggae … Reggae? What are the birth marks, the unique, distinguishing characteristics of the music? I like the idea of a theory because it's a supposition, therefore it leaves room for improvements and amendments. Like with all learning it does not propose that one knows all there is to know on the subject and leaves room for expansion,” says Assassin.

The album's title, a play on words, makes a nod to Einstein's Theory of Relativity. Setting the tone of the album, the title track and "Reggae Origins" examine the birth of Reggae beyond its pioneers. Assassin's description is more scientific because he questions the possibilities of Reggae playing a role in the Big Bang and the vibration of weather patterns as the building blocks of the genre, which inherently are building blocks of life.

Given Reggae's reputation of being by the people and for the people, he carries the tradition of a messenger by reaching people on a human level, incorporating more live instrumentation and harmonizing than he has done on any of his previous material. Assassin portrays the genre as a complex subject that is not just a medium of expression, but also a soundtrack of motivation ("J.O.B.”), struggle (“Slave No More” feat. Chronixx), achievement ("Stronger"), love (“Crazy” feat. Elesia Iimura) and celebration ("Feel Highrie"). Assassin, who got his name by annihilating any competition with his lyrical wordplay, also stays true to his crafty lyricism - evident on the album’s first single “Mix Up”. 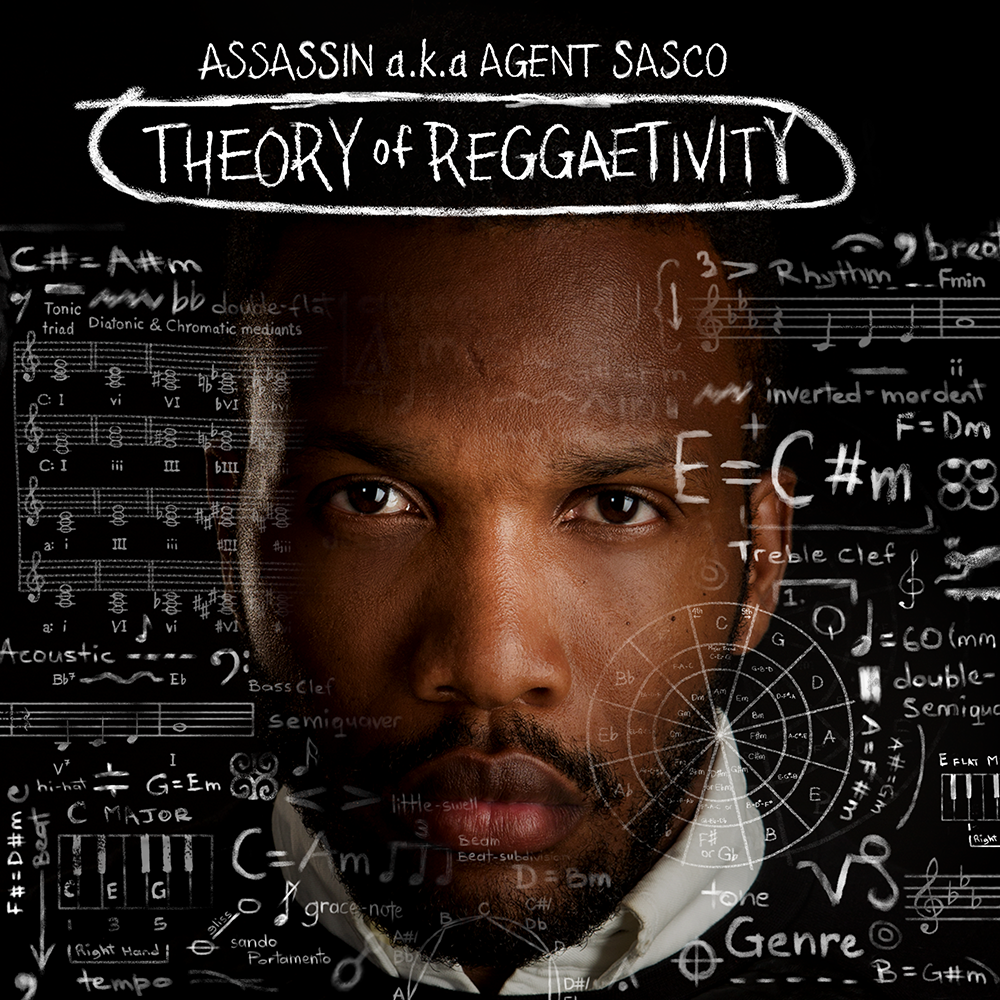 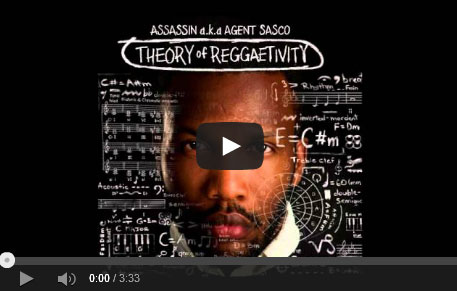 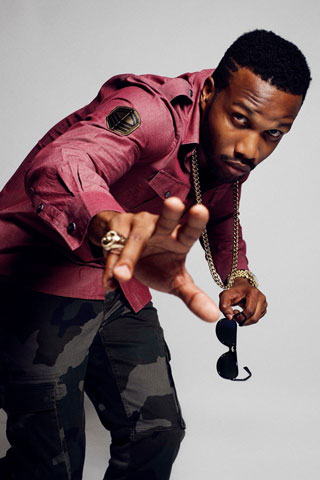 Jeffrey Campbell, (born in Kingston, Jamaica on December 22, 1982) popularly known as Assassin aka Agent Sasco is a Dancehall Reggae artist, reputed to be a great lyricist and song writer. He is also a producer, and Co-founder of Boardhouse Records. Named Assassin by school classmates for his quick-witted lyrics and sharp shooting delivery, a talent recognized before age 4, Jeffrey has always carried with him this impressive ability. In the latter portion of his high school years, he got his intro to the music industry when Spragga Benz recorded a song penned by Jeffrey. Having a seasoned mentor and the drive, the young talent quickly escalated his efforts and by age 19, he had three number one hits in that same calendar year.

Campbell grew up in Jamaica between Kintyre, in the parish of St. Andrew, with his mother and also in St. Catherine with his father. It was with humble beginnings that Jeffrey learned the value of living a fulfilled life is not measured by monetary possessions, but by the importance of personal output for good. His mother, a strong Christian woman, and father, an ex military officer, instilled a mindset of integrity, and emphasized the importance of education. Having this strong foundation has been a rooted influence in the art and life of Assassin.

Fueled by both purpose and passion, music comes naturally for the artist. It is in his DNA to be a musician, and in his upbringing to succeed at everything he attempts. The day he discovered the most basic formula in music, the four-count bar, was the day he learned how to creatively infuse his lyrics into each song. He steadfastly enthralled himself in the art and continued to acknowledge significant growth in his professional and personal life. His experiences administered powerful lessons, which are reflected in his music. In addition, he continued his education in Business Management from University of Sunderland, adding to his skill sets of being a well-rounded professional artist. Signed to VP records in (2004), the deejay released two albums for the label, his debut album Infiltration (2005) and a celebration on ghetto life, Gully Sit’in (2007), both of which were acclaimed by fans and escalated his notability worldwide.

2005 was a checkered year for the artist, releasing his 1st album, becoming a father, and suffering the loss of his mother. Assassin took the experiences and directed his energy, motivating himself to strive and refreshing his overall persona. The following year a name adaptation came into play, Agent 006 (2006), borrowed from a theme playing off James Bond. The agent theme eventually evolved into “Agent Sasco”, when close friends started calling him “Sasco”, a derivative of Assassin.

Influenced by life experiences, classic dancehall riddims, and the richness of humanity, Agent Sasco’s music brings life to light in a conversation style method. Music for him is a dialogue, and in fact he doesn’t actually “write” his songs. He possesses an extraordinary gift, recording each track as it comes to mind. His natural aptitude to convey the human experience, through catchy beats, and spoken truth, are an effortless knack. This skill set offers him the ability to work quickly, producing an array of works with a plethora of talents, and also makes him appealing to fans globally.

Agent Sasco’s discography over the past decade includes two full albums, and over 300 singles. He has performed solo shows and major festivals all over the globe from Europe to Central America, North America to Africa, all over the Caribbean and also in the Far East. He has worked with major trendsetters in reggae music including, Shaggy, Marcia Griffiths, Beres Hammond, Spragga Benz, Sean Paul, Josie Wales, Bounty Killer, Maxi Priest, Buju Banton, Wayne Marshall, Richie Stephens, Michael Rose, and Freddy McGregor. In 2013, American Hip-Hop artist Kanye West recognized Assassin’s lyrical dexterity and selected his verse for the song “I’m In It”, on the Yeezus album. This opportunity has expanded his visibility and opened doors across genres. Since then his lyrics have contributed to additional hip-hop artist’s songs, having worked with Jerry Wonda, Raekwon, and Melanie Fiona, “Soundboy Kill It”, Kardinal Offishall “Pretty Paper”, Lil Jon “Turn Down for What Remix”, and others that are currently under way. His interest in crossing genres is part of his musical experience, yet he remains true to the essence of his craft, which is dancehall.