Every so often Jah Cure blesses us with one of those anthems—a song so good that it’s basically guaranteed to play from now until Kingdom Come. Today must be one of those days, because we just can’t stop running this tune. It’s the kind of song that grabs you from the first line and never lets go. The track, a dubby, dreamy yet crispy take on “Heaveneless,” was produced by ‘Sketch’ Carey for Iyacure Productions. This is the first single from an upcoming album that’s supposed to be released later this year, but if this song’s any indication we need that album like right now. Cure mentions Bob’s name in his lyrics, which would be ill-advised for your average reggae singer. But Cure is anything but average, and he’s in rare form on “Life We Live”. So light up another one and let the music play. Have no fear. This is the life the life the life we live. Audio After The Jump…
Everytime You Hear This Song Put Your Lighters Up. Run that…

Turn the world off
And turn the music on
Just light up another one
Relax and just close your eyes (oh ooh)
Natural mystic is in the air
Bob Marley says have no fear
Everything is going to be alright
Some days you're up and some you're down
Weak today, tomorrow strong
Some you'll lose and some you're going to win (aye)

Turn the world off
And turn the music on
Just light up another one
Relax and just close your eyes (oh ooh)
Natural mystic is in the air
Bob Marley says have no fear
Everything is going to be alright
Some days you're up and some you're down
Weak today, tomorrow strong
Some you'll lose and some you're gonna win (aye) 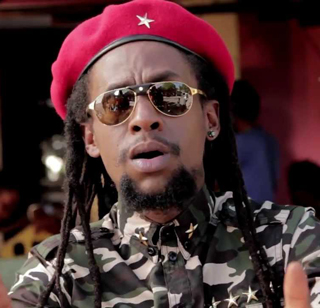